Revision of Directive 85/374/EEC on liability for defective products

On 28.09.2022, Brussels presented a draft of a new EU Product Liability Directive. This is intended to completely replace the 1985 EC Product Liability Directive, which has long been at the center of European Product Liability Laws. This is remarkable in that the Commission still named the directive in question as an "effective and relevant instrument" for the protection of injured parties as part of its regular evaluation in 2018 (the so-called REFIT evaluation). However, not insignificant shortcomings were also identified at that time, specifically:

The European Parliament in particular advocated liability rules adapted to the digital world, as this was the only way to ensure a high level of consumer protection and a level playing field with legal certainty for all companies.

The assessments of the new draft so far differ considerably: some talk of considerable tightening; some, however, also put the innovations into perspective. In any case, the world has not come to an end in terms of liability law.

In practical terms, the dates for entry into force and implementation of the EU Product Liability Directive are particularly important: while the Directive is to enter into force 20 days after its publication in the Official Journal of the EU (Art. 19 of the draft), the national transformation acts are to be adopted and in force twelve months after the Directive enters into force (Art. 18 No. 1 of the draft). The implementation period is therefore relatively short.

B. Purposes of the EU Product Liability Directive

The new product liability directive is not only intended to eliminate the identified defects. In addition, the proposal aims to,

In addition, product liability case law is also to be codified.

C. Expansion of the concept of product

First of all, the extension of the term "product" in Art. 4(1) of the draft is important. According to this, the name product continues to mean "all movables, even if integrated into another movable or into an immovable", Art. 4(1) of the draft. What is new is that this should now include not only electricity, but also digital manufacturing files and software, Art. 4(1) of the draft. According to Art. 4(2) of the draft, a digital manufacturing file means "a digital version or a digital template of a movable". A digital construction document is the basis for the production of a tangible object by enabling the automatic control of machines, tools (e.g. milling machines) or 3D printers.

The clarification regarding software is certainly particularly important; while there are heavy discussions in the current Producer and Product Liability Laws about the applicability of the regimes to software, this dispute has been clarified for the future (admittedly, the quite prevailing opinion was already going in this direction). Covered software can be operating systems, firmware, computer programs, applications or AI systems. Neither provision nor use plays a role, i.e. it does not matter whether software is marketed as a standalone product, nor whether it is accessed via cloud technologies (on the whole, recital (12) of the draft).

However, source code is not to be software in this sense, since it is pure information (recital (12) of the draft).

Even if the placing on the market (with a view to Art. 10(a) of the draft) continues to be the decisive point in time from which product liability can be considered in principle, the new criterion in Art. 6(1)(e) of the draft should not be overlooked in this context. There, the relevant criteria for determining the defectiveness of a product are now named. At present, these are still listed in Art. 6(1) of Directive 85/374/EEC and in Sec. 3 (1) ProdHaftG. As far as the relevant criterion in letter e) is concerned, it is now based on the point in time "the moment in time when the product was placed on the market or put into service or, where the manufacturer retains control over the product after that moment, the moment in time when the product left the control of the manufacturer".

It follows that a product defect can be affirmed even if the product itself was still free of defects when it was placed on the market. The prerequisite for the temporally extended liability is the continuing control over the product. The relevant point in time in this scenario is the moment at which this control ends. Continued liability is then the flip side of product control.

Consequently, the control of the manufacturer also plays a role in the exclusions of liability in Art. 10 of the draft. This applies, for example, to the still recognized development defect, for which the time of commissioning and the period of product control by the manufacturer are now also taken into account ((1)(e)). And it also applies to the exclusion of liability with regard to those defects which, in particular, probably did not yet exist when the product was placed on the market or only arose later; because if the manufacturer continues to have control over the product, he cannot invoke this exclusion, for example, if software updates or upgrades which are necessary to maintain safety are missing ((1)(c), (2)). The importance of security updates will increase significantly against this background!

E. Extension of the liability addressees

What is new is that in the future the following players should also be liable:

The distributor remains liable on a subsidiary basis. He is now liable only if neither the manufacturer and importer nor the authorised representative and fulfillment service provider can be identified in accordance with Art. 7(1-3) of the draft, Art. 7(5) of the draft. Even if all the mentioned actors are not present, the distributor can "discharge himself" if he designates the economic operator or supplier of the product "within 1 month of receiving the request". It is noteworthy that the distributor should still be liable after the fulfillment service provider.

The providers of online platforms that enable consumers to conclude distance contracts with traders will in turn be treated in the same way as traders, Art. 7(6) of the draft. According to this, they are also considered as potential liability addressees; de facto, however, they will be able to "exonerate" themselves (like traders) without any problems.

In contrast, Art. 7(4) of the draft does not introduce any new provisions, since anyone who substantially modifies a product is already considered to be the manufacturer. In terms of product liability law, there is talk of influencing safety properties, for example, which should result in such a legal consequence. A significant change within the meaning of product safety law is undoubtedly such an influence on safety properties.

Also relevant are the changes regarding compensable damage. First, there is currently not only the possibility in the EU Member States to limit the "total liability for damage resulting from a death or personal injury and caused by identical items with the same defect (…) to an amount which may not less than 70 million ECU", Art. 16(1) Directive 85/374/EEC. In addition, the excess in the case of damage to property is 500 ECU, Art. 9(b) Directive 85/374/EEC. In Germany, a maximum liability amount of EUR 85 million applies accordingly in accordance with § 10(1) ProdHaftG and an excess in the event of damage to property of EUR 500 in accordance with § 11 ProdHaftG. The two restrictions, which otherwise do not exist in German Producer Liability Laws pursuant to Section 823(1) German Civil Code (BGB), are to be eliminated in the future without replacement.

Third, the loss or corruption of data should also be relevant as the data “is not used exclusively for professional purposes," Art. 4(6)(c) of the draft.

G. Extension of the burden of proof

The new rules on the burden of proof in Art. 9 of the draft are also important: there are not only new presumptions of defectiveness in (2), such as in the case where the plaintiff proves "that the product does not comply with mandatory safety requirements laid down in Union law or national law" (b). Thus, the underlying product safety law is referred to. In addition, there is a specific presumption of causality between defect and damage in (3). Next, there is an overriding presumption in the case where there is a “technical or scientific complexity, to prove the defectiveness of the product or the causal link between its defectiveness and the damage" (4). In this case, error or causation may be presumed under certain conditions. The defendant may rebut any presumption, (5).

The provision on the disclosure of evidence/documents in Art. 8 of the draft has already caused a real furor. Specifically, the "national courts are empowered, upon request of an injured person claiming compensation for damage caused by a defective product (...) who has presented facts and evidence sufficient to support the plausibility of the claim for compensation, to order the defendant to disclose relevant evidence that is at its disposal ", Art. 8(1) of the draft. The subject of this "exploration" may be, for example, technical documents together with a risk assessment. The (civil) courts called upon to make a decision will have to decide on the plausibility requirements to be met.

With this genuine procedural regulation, the EU has taken a hitherto little-known path outside the common law regime with its disclosure and discovery procedures, especially as it has so far limited itself to substantive law in terms of product liability law. In German Civil Procedural Laws, this brings back memories of Section 142 Code of Civil Procedure (ZPO), which, however, is limited to documents alone and can also oblige the claimant to disclose them. The protection of trade secrets is to be explicitly taken into account in the examination of necessity and proportionality, Art. 8(2, 3) of the draft.

The reason for including the disclosure of evidence is said to lie in the asymmetry of information, which lies in the fact that the injured party often does not know how a product was manufactured and how it works. This asymmetry can have a negative effect to the disadvantage of the injured party, especially in technically or scientifically complex cases. The disclosure in question is therefore intended to balance out precisely this imbalance.

It is important that the defendant is aware of the provision in Art. 9(2)(a) of the draft; because according to this provision, the product is presumed to be defective if it has "failed to comply with an obligation to disclose relevant evidence".

The draft of the new EU Product Liability Directive brings with it considerable innovations, which, however, must not be overestimated in their significance: The basic framework of European Product Liability Laws remains fundamentally unchanged. This applies, for example, to the relevant defect categories and the dogmatics developed in this respect, e.g. on the relevance of the state of the art in science and technology in the area of design defects. It also applies to the important preclusion period of ten years, which is basically retained, and to the limitation period of three years from knowledge or negligent lack of knowledge (Art. 14 of the draft). However, this should not obscure the fact that a paradigm shift in Product Liability Laws is being heralded precisely with the expansion of the liability addressees without further ado. Nothing else applies to the extension of the burden of proof and the disclosure of evidence. Incidentally, this is the first proposal – it therefore remains to be seen what the EU Product Liability Directive will look like at the end of the legislative process.

Interested readers can read the proposed directive on the EU Commission pages.

Specialist in product safety, Product liability and occupational safety law. He is particularly concerned with testing the marketability of CE-marked products in the European internal market. His clients include national and international manufacturers, importers and dealers, who he supports them in product compliance management and worldwide product recalls. 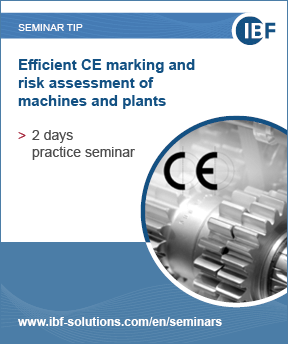 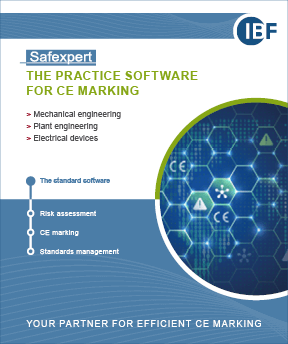